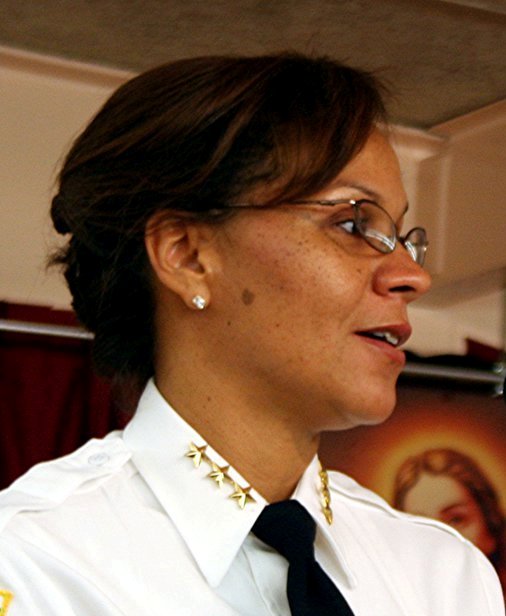 Chief of Police Williams is responsible for the leadership and management of police services for the Village of Richton Park. She has been in the field of law enforcement for over twenty-eight (29) years, with twenty years (22) years of supervisory experience.

Chief Williams is a graduate of the FBI National Academy and the PERF Senior Management Institute for Policing. She holds a B.A. from Loyola University of Chicago and a M.S. from Hampton University.

Administrative Assistant Zurek is long-term employee and provides administrative and office support to the Office of the Chief, Fire and Police Commission and Liquor Commission.


The Records Section Supervisor reports directly to the Police Chief or the on-duty supervisor. It is staffed by civillian personnel 24 hours a day, 365 days a year. Records Clerks' duties are varied and complex. The nature of the work involves the maintaining of records and files verifying, coding and entering computer data completing related reports and providing general clerical and typing support. They must have a detailed knowledge of operations of the department and the court system. The Records Clerk complete criminal case files, records requests, subpoenas and the state mandated archiving of records.


The Richton Park Police does not have an onsite 911 Center. SouthCom Combined Dispatch was formed by intergovernmental agreements between the Villages of Matteson, Richton Park and Olympia Fields, Illinois, in 2000. The purpose of forming SouthCom was to consolidate fire/EMS and police dispatch into one facility. The goal was to deliver better service to the citizens while being more cost effective.