The Village of Richton Park operates under the Village Manager form of government, in which an elected Village Board, consisting of a president and six (6) trustees, hires a professional manager to oversee the daily operation of government services and programs. The Village Board meets on the second and fourth Monday of each month at 7:30pm. Meeting times and dates are posted in the Village Hall and on the website, and all meetings are held in compliance with the Illinois Open Meetings Act.

Agendas and Minutes
Agendas are available prior to the meetings.
Most Recent Agenda | View All 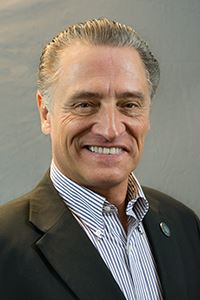 President Rick Reinbold is serving his 6th Term as Richton Park's Village Board President (2001-Present), before which he served as a Village Trustee in Richton Park for 8 years (1993-2001). He has 30 years of experience in Village Government.

Reinbold is a lifelong Richton Park resident, has served in the military from 1970-1977, a US Navy Diver, and a Vietnam Veteran. Graduating from Rich East High School, Reinbold attended Southern Illinois University, a graduate of Richton Park Citizen's Police Academy, owner of Reinbold Properties, and General Manager of Englund Properties.

Reinbold is an active volunteer and advocate for his community and the region. He is a member of numerous organizations, committees and task forces serving the southland, including the American Legion, VFW Post #311-Richton Park, Southeast Side Vietnam Veteran’s Association, CMAP Local Coordinating Committee, and local and regional Chambers of Commerce.

Cynthia Butler was elected Village Trustee April 1999, representing approximately 19 years of service. Cynthia is the mother of two, and three grandchildren. Cynthia retired from CNA Insurance in 2010 after 31 years of service. She retired from the profession of Information Technology Management with experience including roles as Director, Application Development Manager, Resource Manager and Project Manager.

Before being elected as a Trustee, Cynthia was on the Park and Recreation Commission for many years. During the time that her children were growing up, she coached baseball in Richton Park and Park Forest. During the beginning years of the Richton Park Raiders, she was the Treasurer, concession stand manager and team mom.

Cynthia is currently involved with several organizations, including Treasurer for the Friends of the Library, League of Women Voters of Park Forest (LWVPF), Director and Lakewood Homeowners Association, Director. Cynthia attends Victory Apostolic Church in Matteson, IL and serves on a couple ministries. 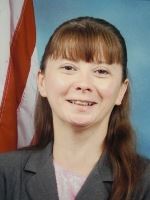 Valerie Babka was elected Village Trustee in 2003. Having been a Richton Park resident since 1989, Valerie had also been elected Richton Hills Homeowners Association President in 2001. Being married for 32 yrs, Valerie is a mother of two, with three grandchildren as well.

Along with serving the Village of Richton Park, Valerie was also a small business owner, running and managing "Jiffy Vac" for more than 27 years. 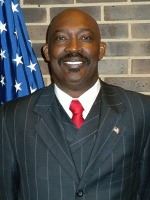 Julian Alexander was elected to the Village of Richton Park Board of Trustee in April 2009.

Julian is a devoted husband and the father of three beautiful children and a 22 year resident of Richton Park. He retired from the transportation industry after 34 years of dedicated service. He continues to volunteer his services to mentoring young men, community outreach and spiritual guidance.

Currently, he holds a position on the board of CAAN Academy of nursing school, and The American Cancer Society/ Center Region Leadership Council. Julian is a member of Victory Apostolic Church, Men’s Ministry and Political Justices Ministry. He served as secretary to the VFW Benjamin O Davis post 311 Mens Auxiliary located in Richton Park Illinois. Julian is a Certified Etiquette instructor.

Julian has been awarded The Richton Park I Make a Difference Award and Archbishop James P. Lyke African-American Male Image award. Graduate of the Matteson and Richton Park Police Department Citizen Police Academy. Julian is now serving his 3rd term as President of the Meadowlake Homeowners Association. He is currently self employed, CEO of JFA Production.

Finally he is delighted to serve as a Trustee for the residents of the Village of Richton Park. 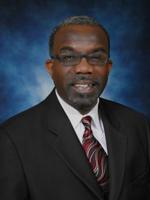 Brian A. Coleman was elected as a Village of Richton Park Trustee in April 2011. Brian is a devoted husband of 28 years, a 24 year resident of Richton Park and the father of two fine young men. He provides continuous volunteer support to the community with a focus on veterans, youth and skill development.

In 2004, he was appointed to the Richton Park Planning and Zoning Commission and in 2009, he was elected as Chairman of the Commission. Later in 2009, he was named Richton Park Citizen of the Year for his contributions and support of various efforts within the community. In 2012, he was appointed as President of the Benjamin O. Davis Veterans Of Foreign Wars Post 311 Men’s Auxiliary.

Trustee Coleman is currently President of the Lincoln Crossings Homeowners Association where he has served in a leadership capacity since 2003 and he earns his living as Vice President at a Global Insurance Company. 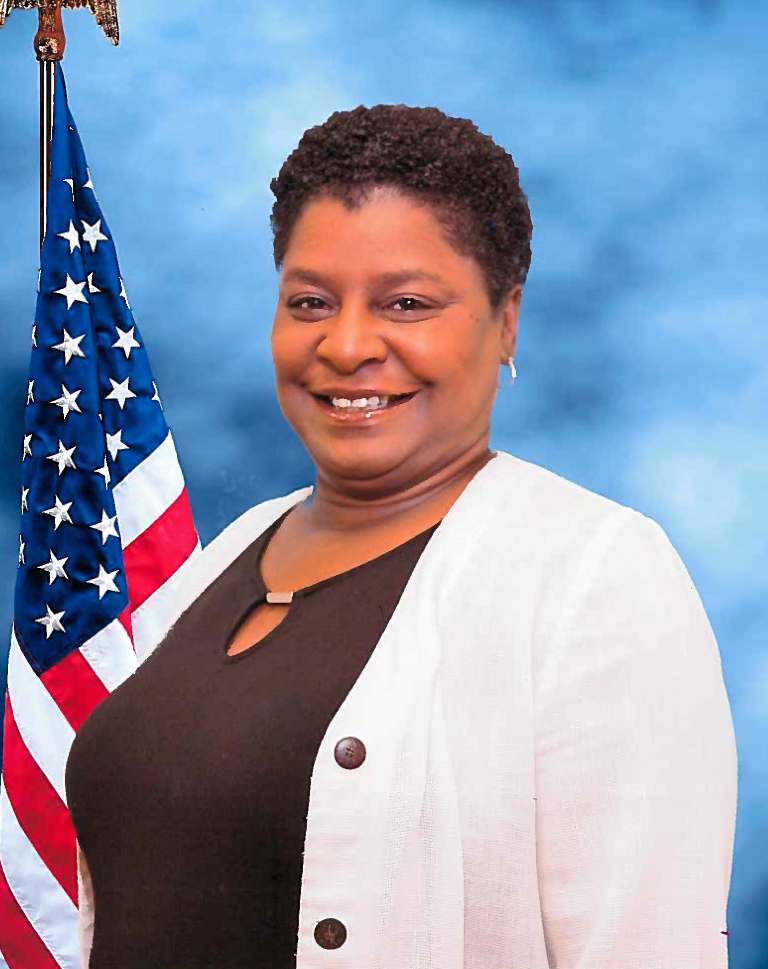 A resident of the Village of Richton Park since 1997, Monica Holden was elected as Village Trustee in 2013. A single mother to a beautiful daughter, Monica has always been a passionate individual of the community, and the people of Richton Park.

Trustee Holden’s volunteerism is stellar, having served on the Village of Richton Park’s Human Relations Commission, Planning & Zoning Commission, Sister City Committee, HOA President’s Summit Committee, as well as the Neighbor-to-Neighbor Committee. In 2012, she was even a recipient of the prestigious “I Make a Difference Award.”

She has been an active member of the Association of Condominium, Townhouse and Homeowners Associations (ACTHA), where she has worked to plan events, seminars, and informational presentations for the public.

Now a resident of Richton Park’s Lakewood Manor, Monica also currently serves as the Vice President and Policy Chair of the South Suburban Housing Center, and is an avid member of the Pamela Holden Scholarship Committee. 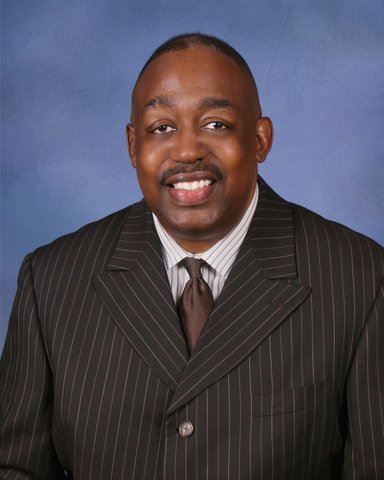 Joseph Canady was sworn in by then Deputy Clerk Angie Zambrano in 2012, to fulfill the last year of the late and previous Clerk Mary Pierce's term. The following year Joseph ran for election for the position and won outright. Joe is a father of two with two grandchildren.

During his tenure as Village Clerk, Canady continued his Clerk education by attending classes in Springfield, IL led by the University of Illinois and Southern Illinois University. These activities resulted in him earning the recognition of Registered Municipal Clerk (R.M.C.)

Prior to Joe's official appointment as Village Clerk, he served on the Planning & Zoning Commission for three years. Some of the other positions he has had include realtor and leasing consultant, and Manufacturing & Distribution with Midas International. Joe attended Northwestern Business College for Business Administration and earned "Graduate of the Year" in 1999. He has served as both Vice President AND President of Alpha Beta Gamma's National Honor Society (1995, 1998) and also serving as V.F.W. Post 311's Mens Auxiliary Vice President. 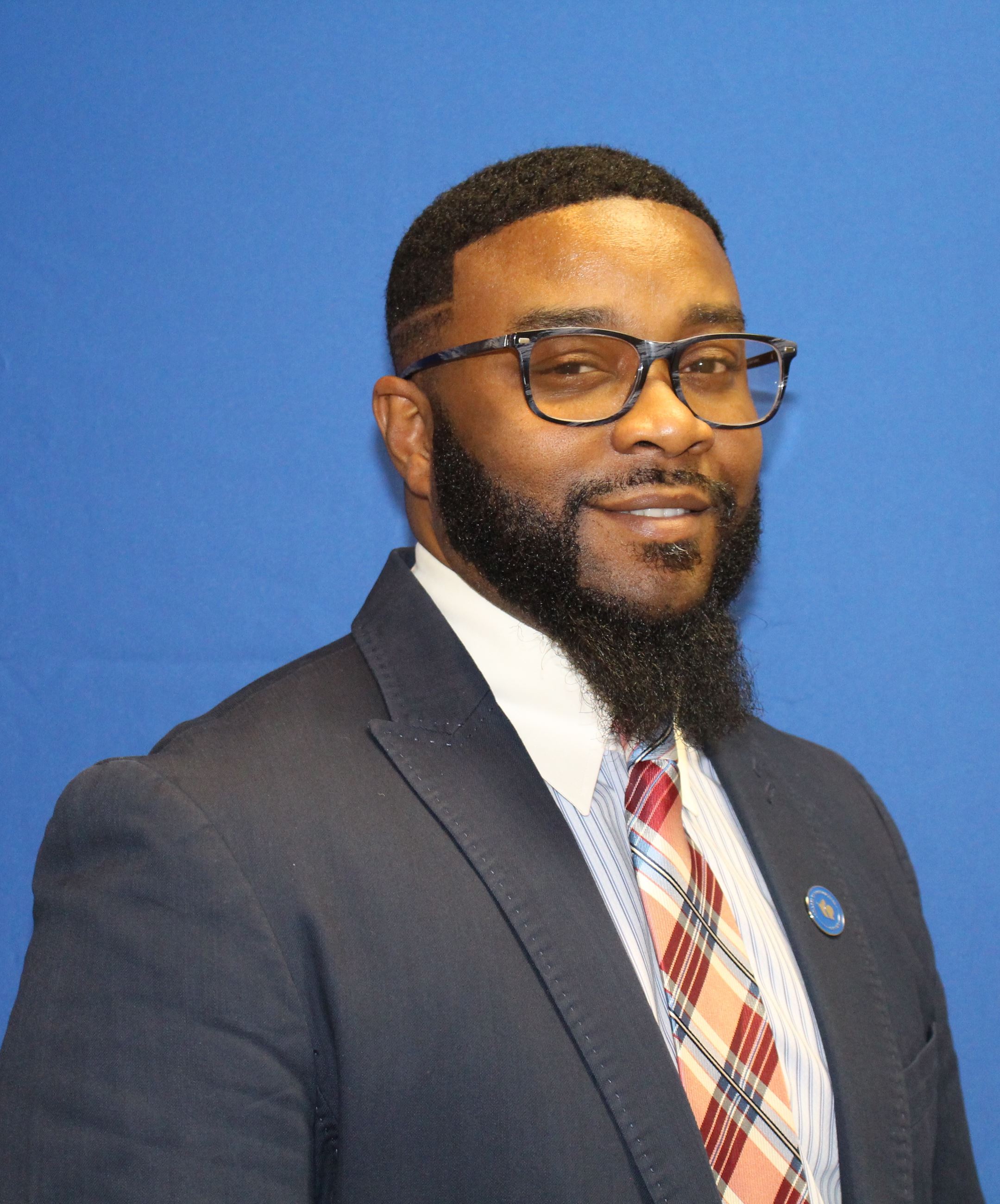 As a Richton Park resident for more than 20 years, Alan D. Banks has worked on local, state, and federal levels of government. As the Compliance Director for Congresswoman Robin L. Kelly, IL-02, Banks is responsible for handling housing-related issues throughout the 2nd Congressional District.

Banks serves on the Village of Richton Park's Economic Commissioners' Board as well as several other boards, such as the South Suburban Housing Center, the Chicago Metropolitan Agency for Planning (CMAP), and the Neighborhood Housing Services (NHS).

Banks strives to give back to the South Suburbs through his volunteerism efforts as well. As a Licensed Real Estate Managing Broker, Banks understands the importance of fair housing, property values, and a sound community. A prodigy of community college, Banks is an alumnus of Prairie State College and Governors State University.